A.S. James has a long and interesting history in the Melbourne environment. We were established in 1963, now some nearly 58 years ago by Sandy (Alexander) James. Sandy immigrated to Australia with the promise of work by Costain a British Geotechnical Consultancy, but quickly decided to have a go in consulting and contract drilling himself.

Sandy quickly developed a strong following of, at that time, notable consultants, including John Connell, Irwin Johnson, Beca (at that time an infant New Zealand Group) to name a few.

Sandy combined a thorough geotechnical knowledge with practical outcomes in the application of his art as it was at that time, and some may argue geotechnical engineering is still more an art than a science.

For a relatively long period in the early days the attraction of contract drilling seemed irresistible, particularly with mining opportunities in Tasmania, investigation opportunities in Indonesia and Fiji with a few of the following photographs indicating early boring machines. 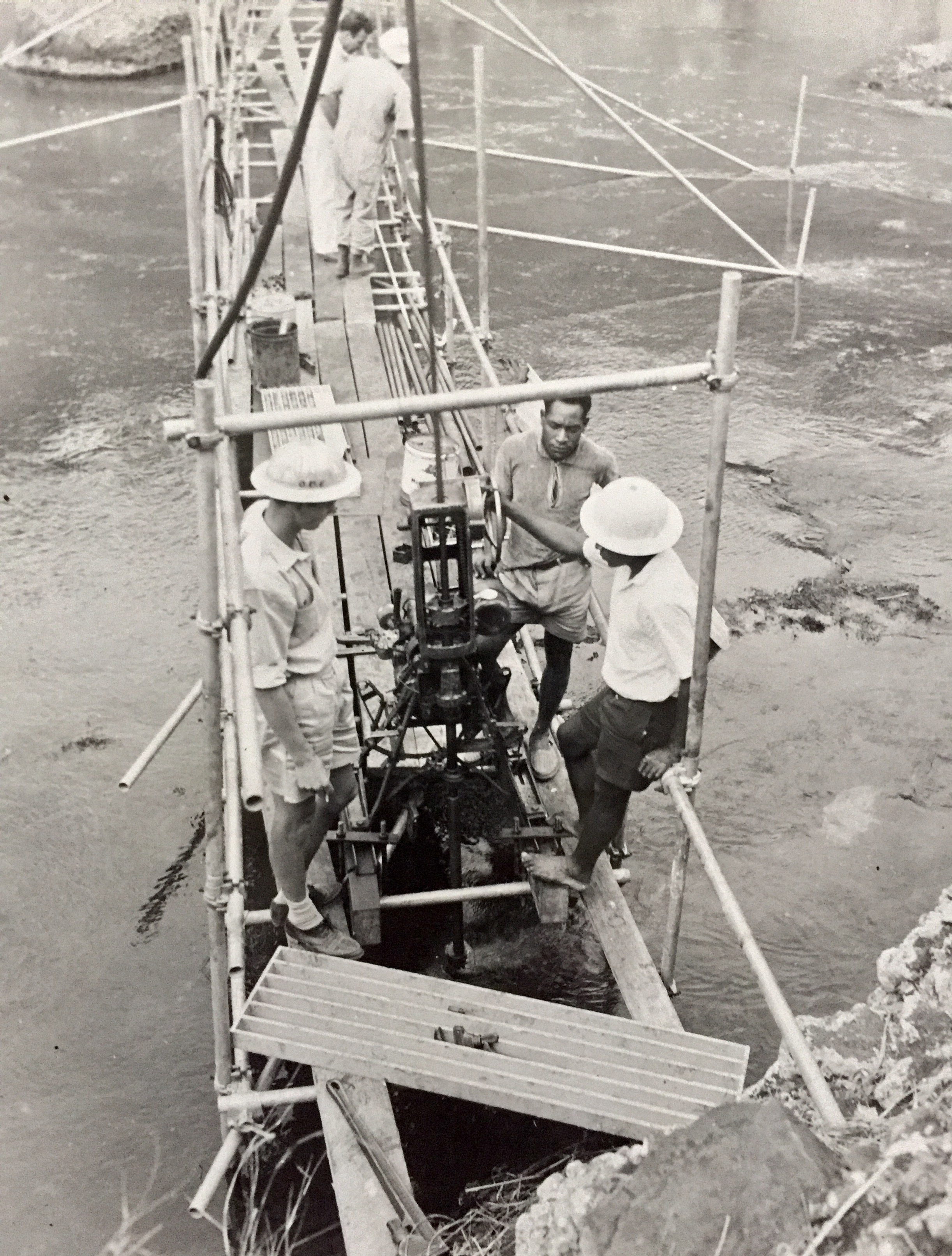 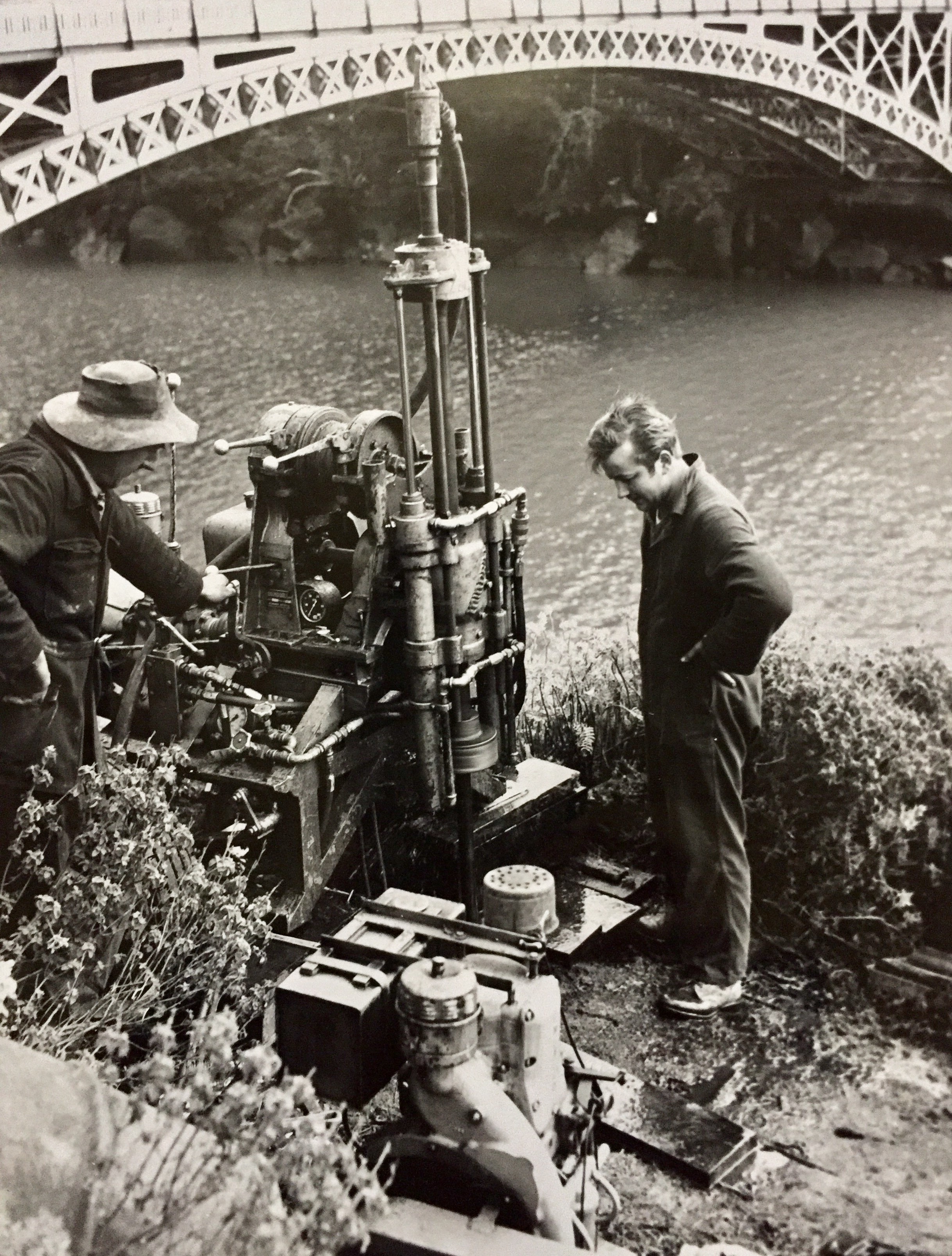 An experienced and relatively large, by standards then, drilling crew was established using predominantly Gemco 210 drilling machines. These machines were versatile, could be placed on barges (when they didn’t sink) and were able to carry out easily SPT testing and diamond core drilling to significant depths. 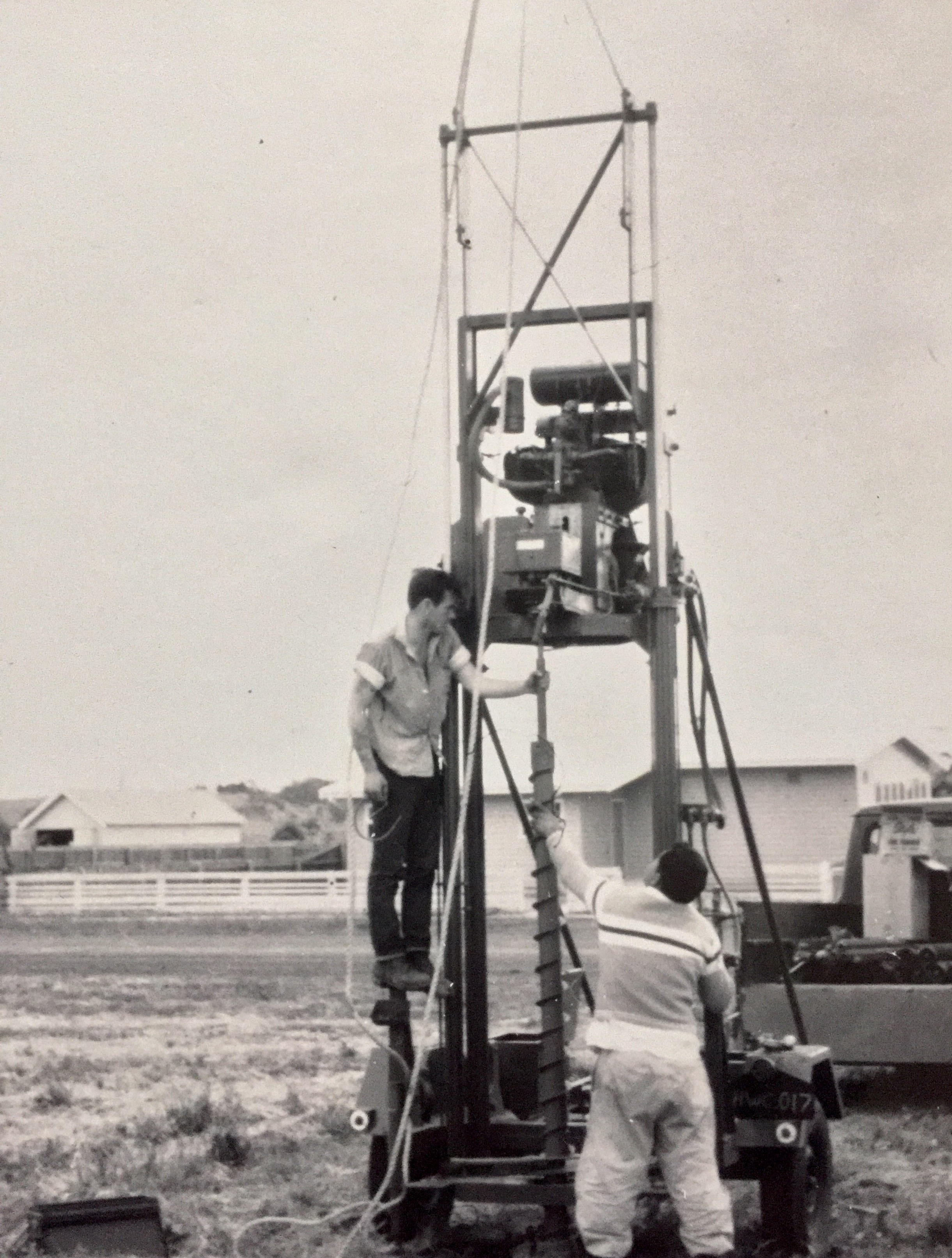 There came, after about 25 years, a downturn in the contract drilling and Sandy concentrated on developing relations with consulting engineers and providing basic recommendations for, in some cases, substantial building structures. Some early projects of Sandy’s were the Southern Expressway (Monash), Webb Dock, Savage Mines, the original International Harvester site in Dandenong, the original Volkswagon factory in Clayton, the original Ford factory in Campbellfield, the original Toyota factory in Altona and numerous multi level developments in the city and St Kilda Road.

Despite all these successes, the emergence of opposition companies made significant growth difficult and in 1978 the practice comprised Sandy, two drillers and one laboratory manager in South Melbourne with the NATA registered laboratory occupying the kitchen area of a small strata titled unit in South Melbourne. 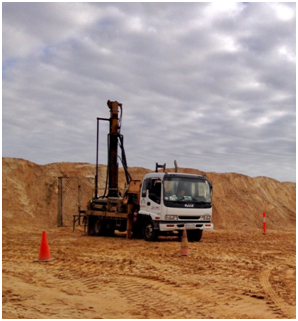 Tim and Sandy, and other engineers and staff members, worked together in the period 1978 to approximately 1990 on many large and significant developments, including the South Geelong industrial estate, Geelong foreshore, many notable early developments in the Geelong area, including Market Square, many infrastructure projects, telecommunications installations and of course industrial and commercial developments. In this period a relatively large amount of domestic investigations were carried out, known as site classification testing, although this trend did not continue past approximately the year 2000. Since the period when Sandy and Tim became co-directors of A S James, initially Tim taking 10% ownership, the company has grown and invested heavily in capital involved in the drilling and laboratory testing of soils, along with establishing an experienced staff base. By 1993, Tim owned the company outright. 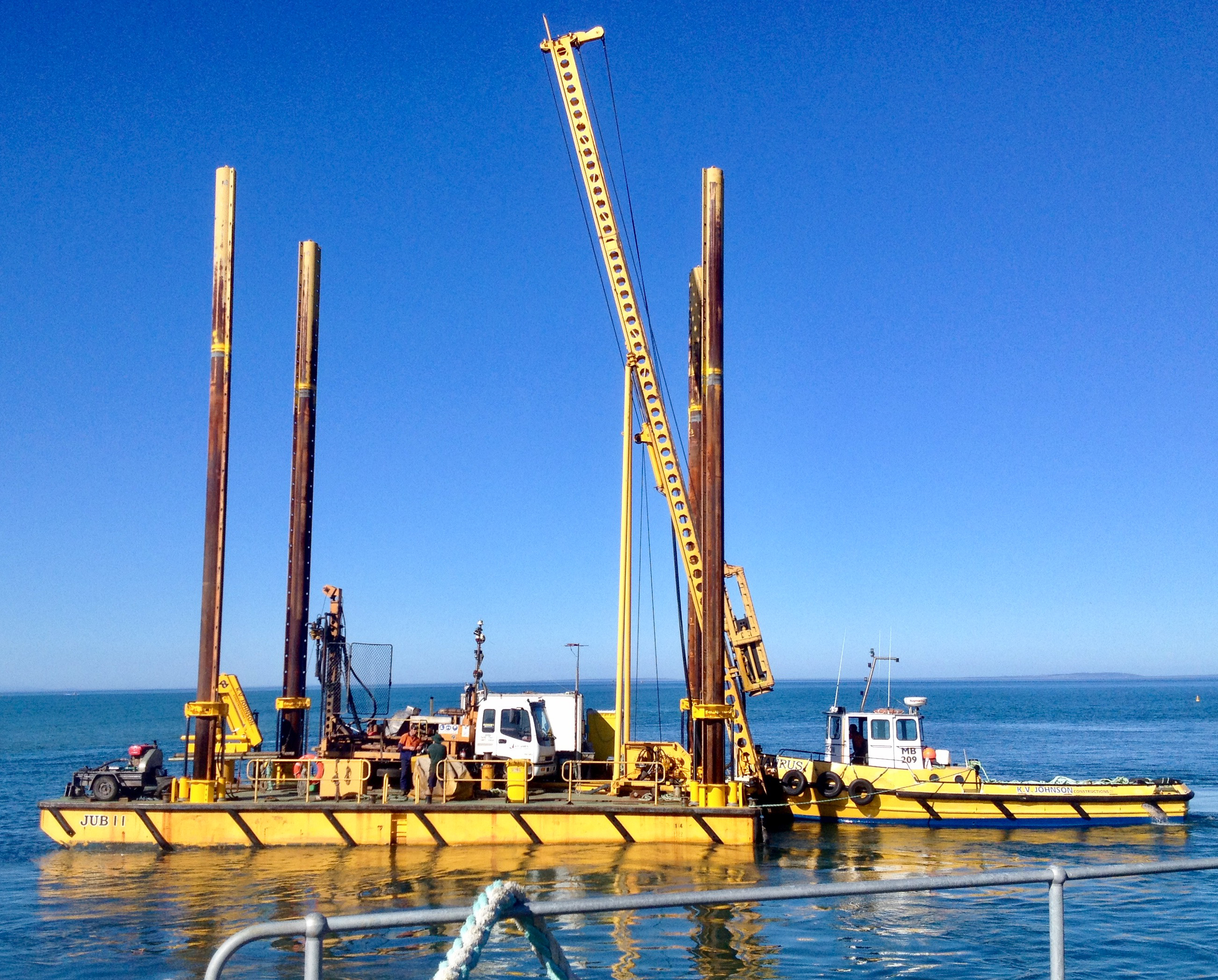 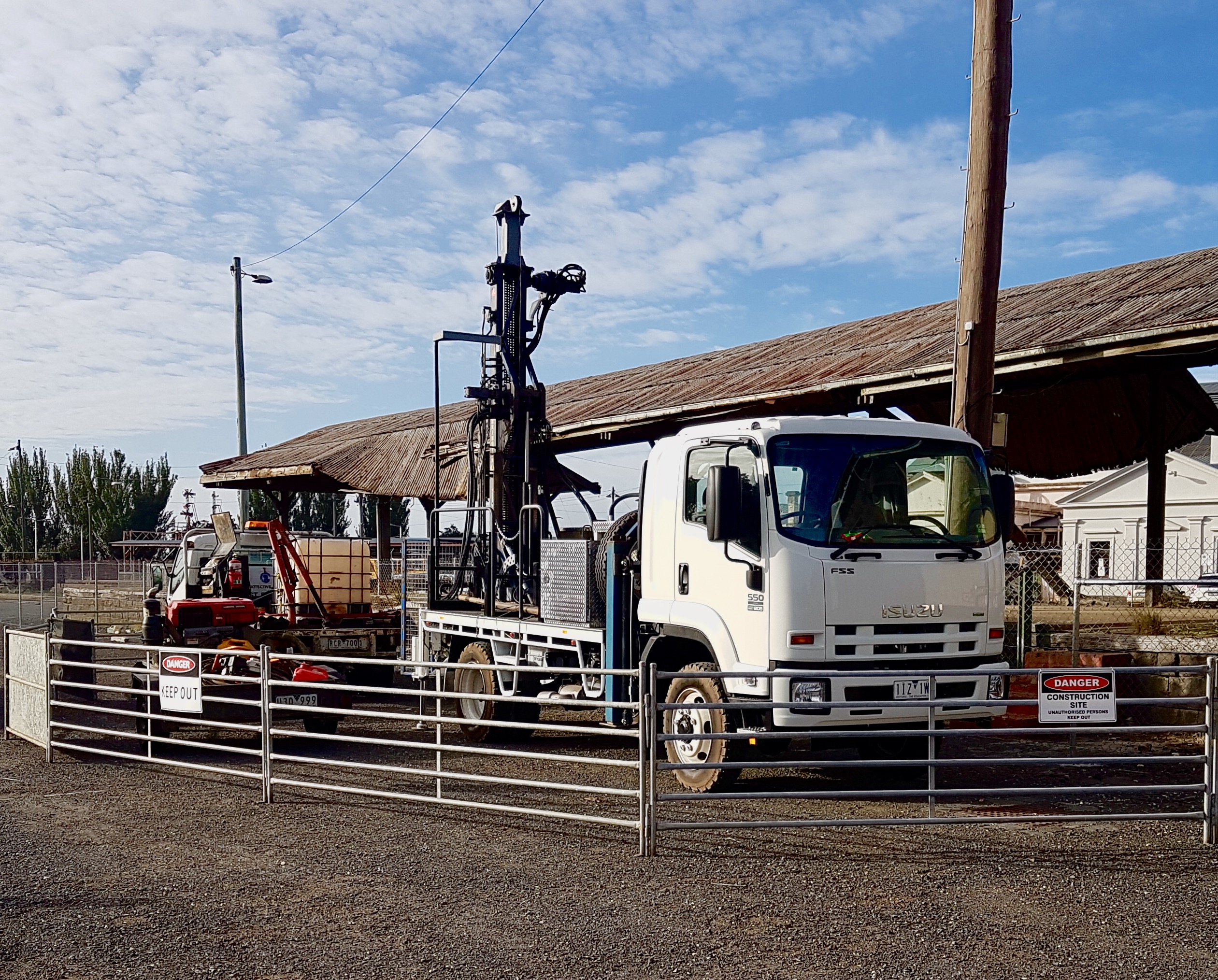 The company now represents one of the largest privately and individually owned companies in Victoria and has a staff of around 40 or so.

The achievements and projects listed on this website are wide and varied with many of those established contacts in the 1960s and 1970s still relying on A S James Pty Ltd to provide sound practical advice based on well established theoretical principals.

The company is well set to embark on future growth over the coming years with an emerging energetic and enthusiastic group of engineers, technicians and staff members.

In 2019 two long term employees, Daniel Gunn (2004) and Graeme Luther (2006), began taking up a percentage of ownership as Associate Directors and then further increased their stake in the business in 2020 and progressed to joint Directors with Tim. Their enthusiasm has seen significant growth and recent investments in plant, equipment, staff training, software and the involvement of our extremely competent and enthusiastic engineers to increase our capability, particularly into computer aided design and software.

The company is now well set to embark on continued future growth, with an emerging energetic and enthusiastic group of engineers, technicians and staff members and its capability in dealing with all geotechnical problems is appreciated by many of our clients.

Please Send Resumes For All Locations to: